It’s been a busy month not only for business but for our sponsored WorldSBK team too. The Spanish, Portuguese and Italian rounds all took place within a 4-week period which kept Rider & Team working very hard indeed.

So far Go Eleven, an independent entrant & their sole rider, Chaz Davies, have had a very varied start to the championship. Near misses, crashes and podium positions have been made up from the fledgling team trying to tap into the gold that Chaz can deliver but taking some knocks in the process.

Round 1: Aragon – Spain, played host as the opener and it brought with it some unwanted heat, to the tune of 40c! The Welsh rider pushed hard from the off in R1 having found himself starting 5th on the grid; a placing from the earlier Superpole race. The pack of riders occupying 2nd to 4th were just ahead of Chaz but he couldn’t push past before the flag came down. Fifth is what he got but the whole team felt a little cheated out of a podium place, as in terms of time, Chaz was just a few tenths of a second from 2nd place. 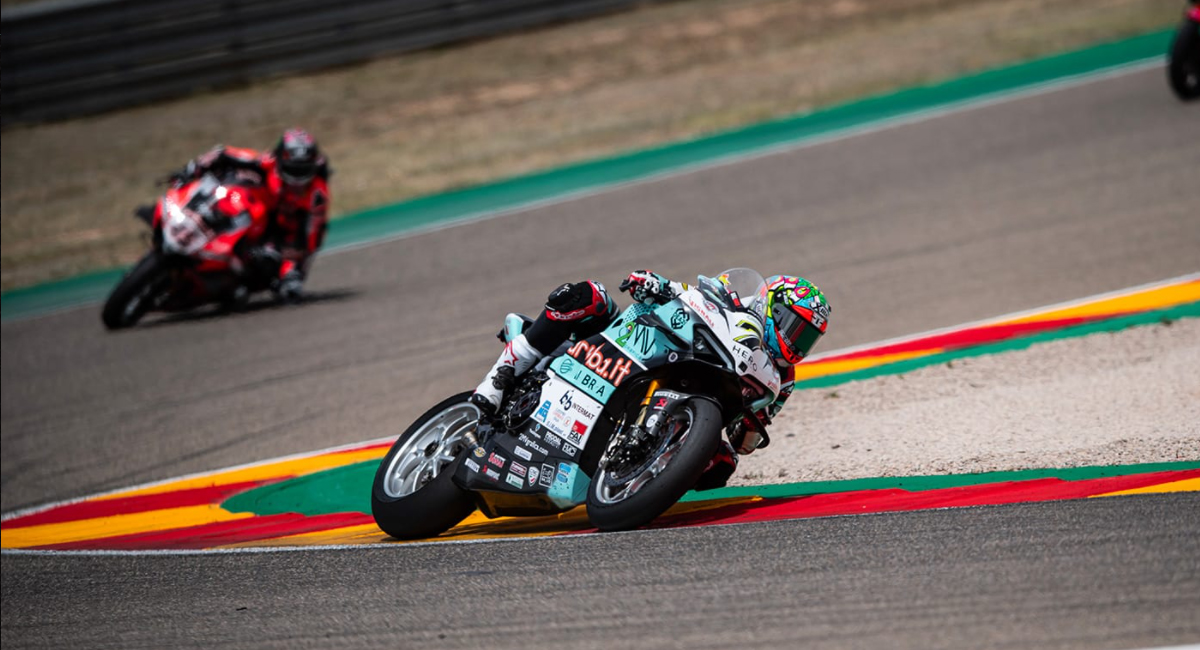 He achieved a better standing from the second Superpole by securing 4th. The weather had swung the other way and up until the very start of the race, the heavens had opened all over the track. Based on this the team went for a rain tyre on the front and a standard on the back; a decision that was wrong in this instance. The rain stopped and the warm track dried rapidly leading to Chaz riding an unstable bike, an issue that came all too apparent when he crashed on turn 7. 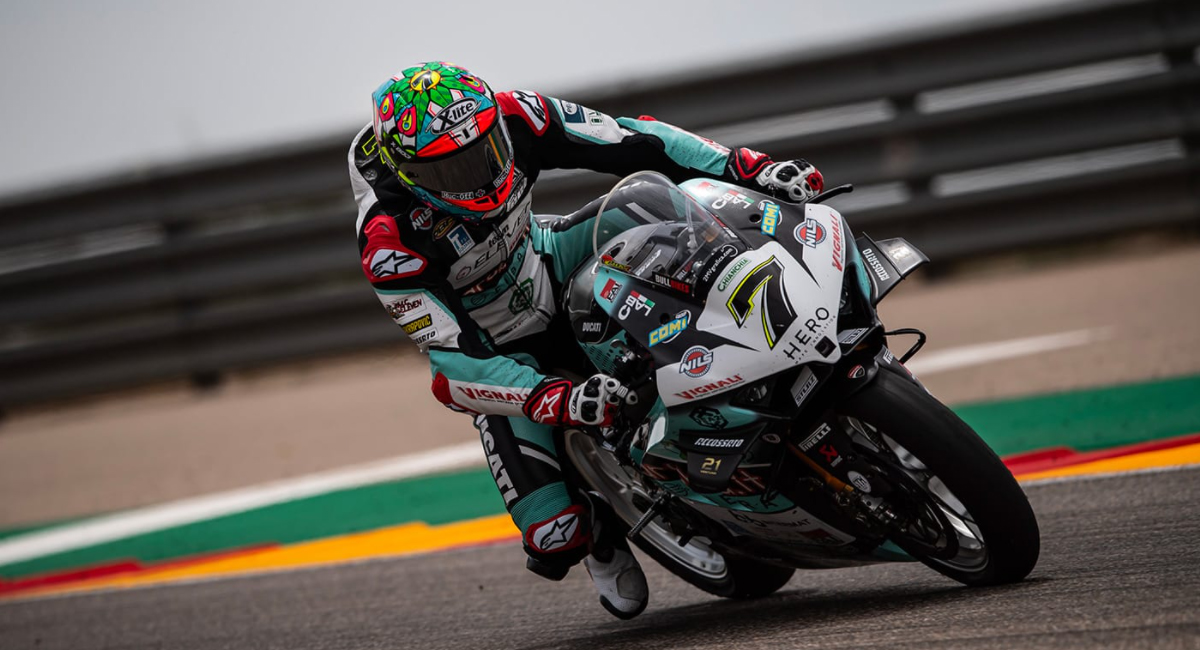 Davies fighting spirit led him back into the race, now with some slicks on the wheels. His riding from this point was exemplary and even shaved an average of half a second per lap off the race leader. What could he have done if it hadn’t been for that rain tyre choice!?

Round 2: The Next round at Estoril - Portugal, was looking to be as problematic with further tyre issues causing an unsatisfactory finish of 15th in the Superpole. Chaz never lets these small things like starting 15th on the grid keep him from battling to the front of the pack; something he displayed well while securing a very respectable 6th. 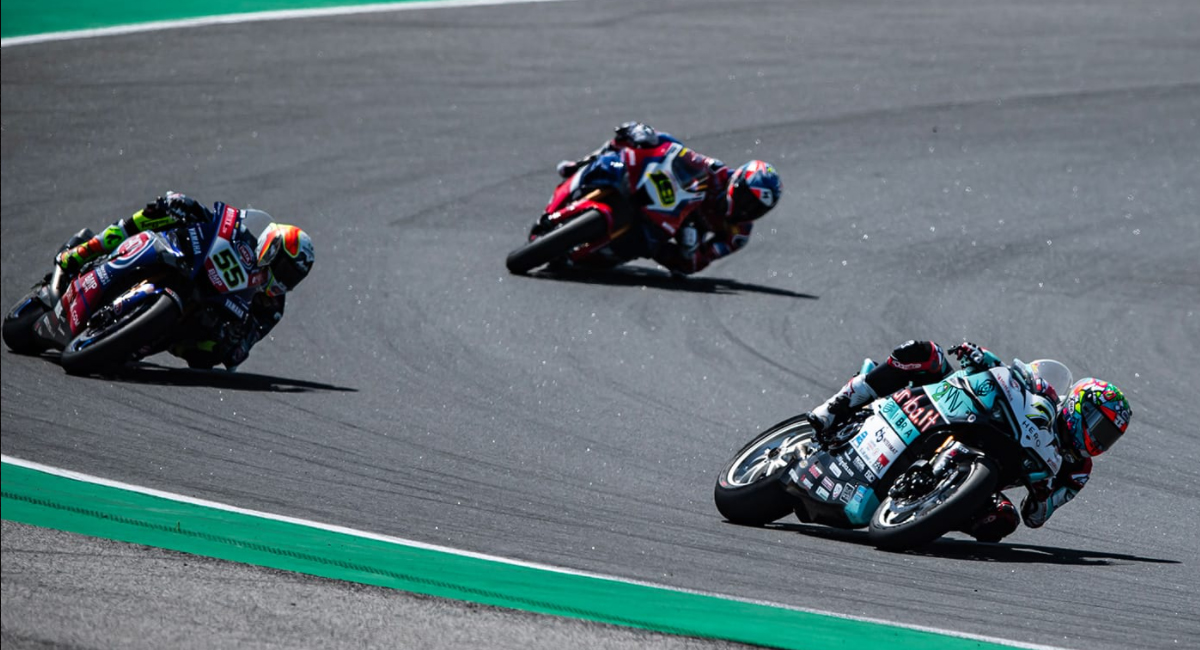 The Portuguese track is known for tricky overtaking and the Super Pole proved this as he ran out of tarmac trying to chase down the next placing; ultimately finishing in 9th. Again, just as in race one, he bolted from the start, passing a couple of riders before setting his sights on the leading pack. This valiant effort got Chaz on the Podium for the first time this season in second place. Well done, Chaz! 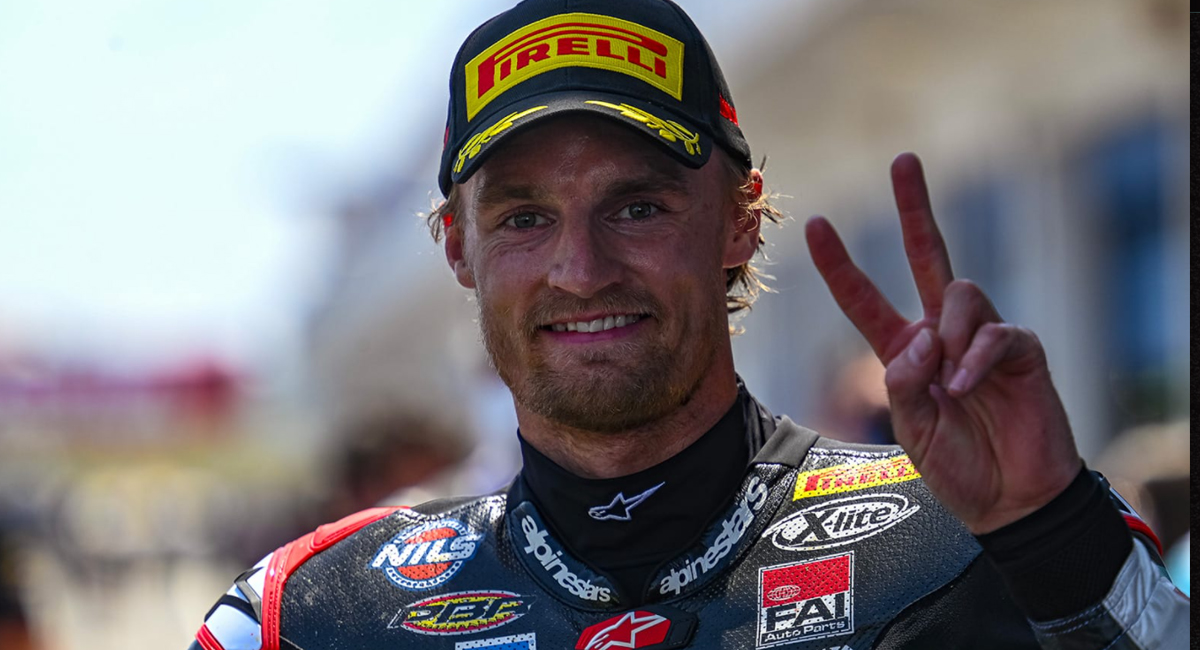 Round 3: Now in Italy, Chaz looked to carry on his pattern of holding back on the Super Pole race but making up for it in the main events. The Saturday saw him start in 10th on the grid but once race one started, he worked his way up the leader board well until he lost the front of the bike at turn 4; this time there was no restart so couldn’t complete the race. 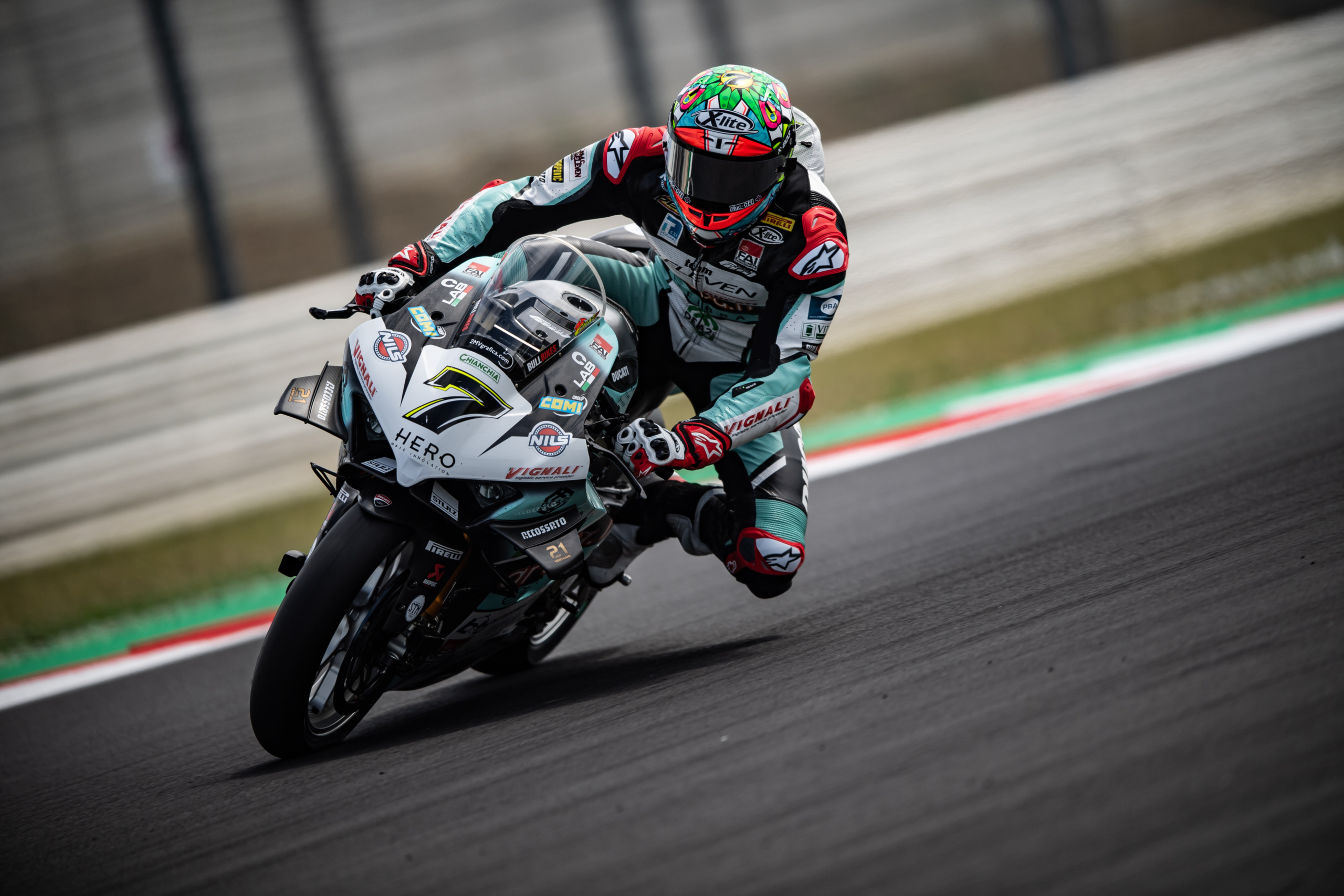 Things went from bad to worse on Sunday with a hard crash within the Super Pole which left Chaz with right shoulder pain. He was determined to give race two a go, but it soon became apparent to team & rider that it was putting too much strain on the injury. The decision to lose the battle to fight another day was taken by Davies.

The next round is less than two weeks away, where Chaz will be on home turf back in the UK. We’ll be there to cheer him on at Donnington 2-4th July. 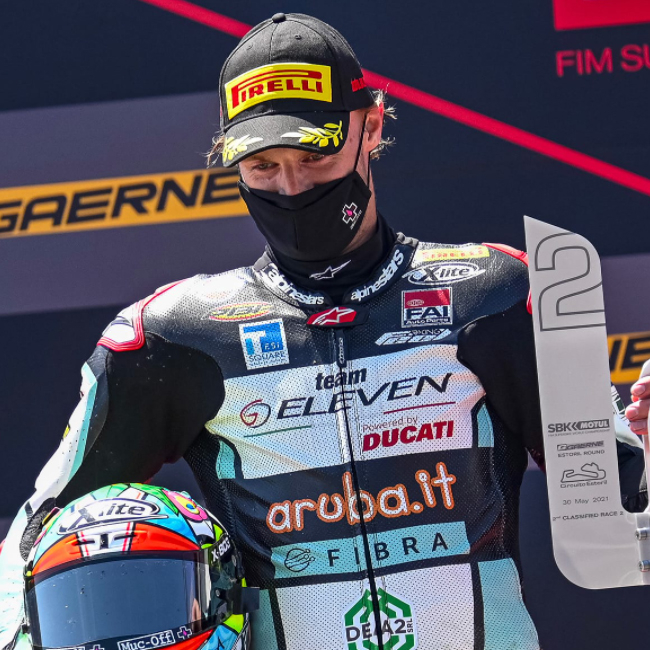