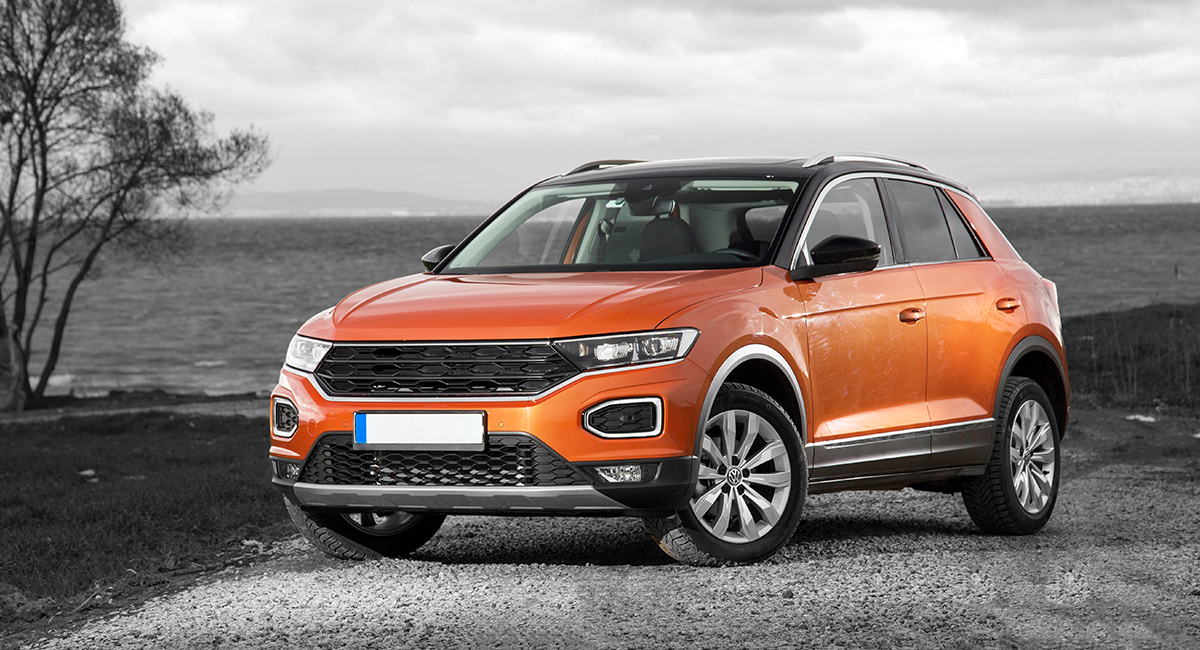 The T-roc is evidence of a long-standing idea seen in the Golf Plus, re-introduced at the right time and most importantly in the right form. Yep, the golf plus did what the T-Roc does but in a very beige kind of way. The T-Roc was first launched in 2017 and has already had a little nip-tuck to keep it looking the part despite catching the admiring glance of many from the off.

The popularity of the T-Roc when looking at it on paper is a little confusing as it really doesn’t offer a huge amount of additional practicality over the Golf on which it’s based. As you’d expect the interior has many borrowed components from the VW line up with the classic soft touch on the bits you handle and scratchy stuff further down. So what’s the appeal? We think it’s in a large part down to style- Not compared to other manufacturers but within the VW group. You want a Golf but it’s a bit dull, especially the entry level version so why not stand out with just the right amount of quirky!?

The only problem is (not for us in the part trade) that thought seems to have popped into minds of many and as a result, VW have churned out over 700k T-Roc’s in Europe alone. Great news all round then!