The penultimate round saw the competing teams cross the Atlantic for the much warmer climate of sunny Argentina. The San Juan Villicum Circuit finished only last year, played host to an interesting weekend of racing; including two podiums for FAI sponsored team Aruba.it. 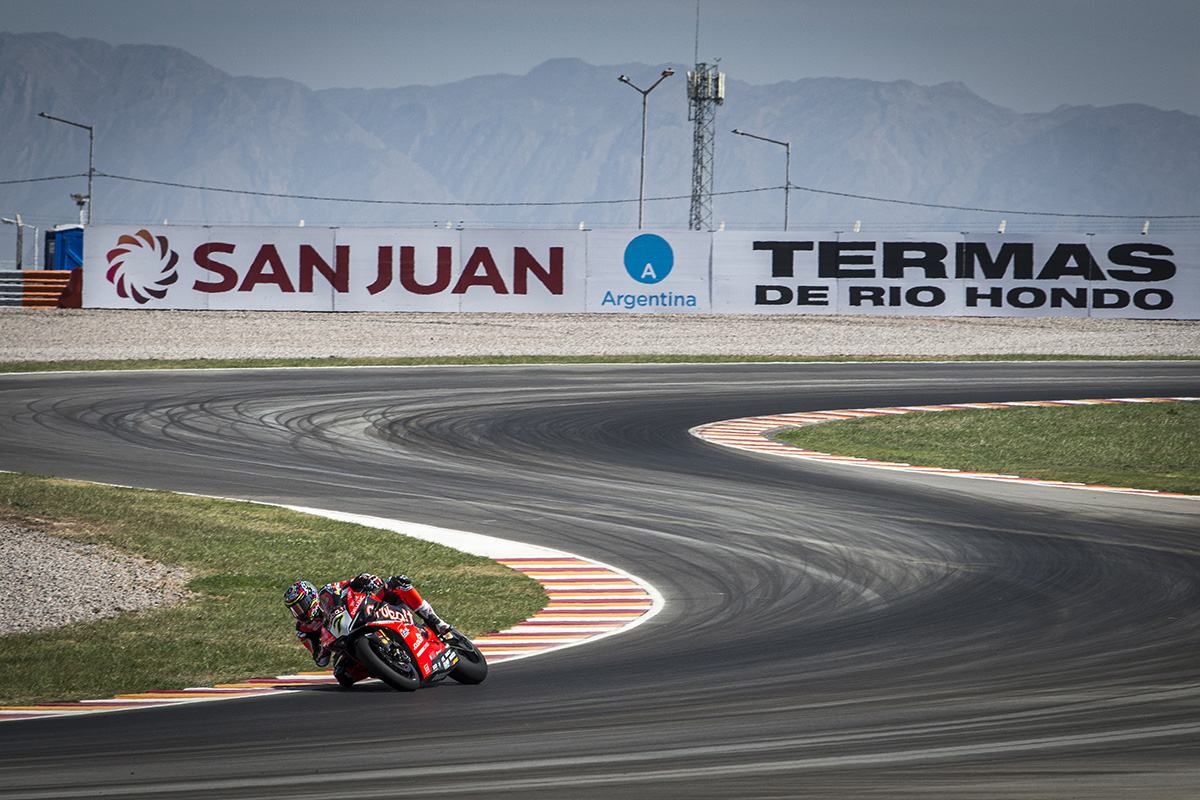 The track conditions were hot and sandy, causing concern for riders whilst in practice sessions; a concern that grew leading up to the first race, resulting in six riders boycotting proceedings. Despite Chaz Davies being included in the six who didn’t take part, his teammate Alvaro Bautista took on a mixture of difficult conditions and an unfamiliar circuit. After an initial battle with season champ Rea, the Spaniard put some space between them and held the lead until the chequered flag. 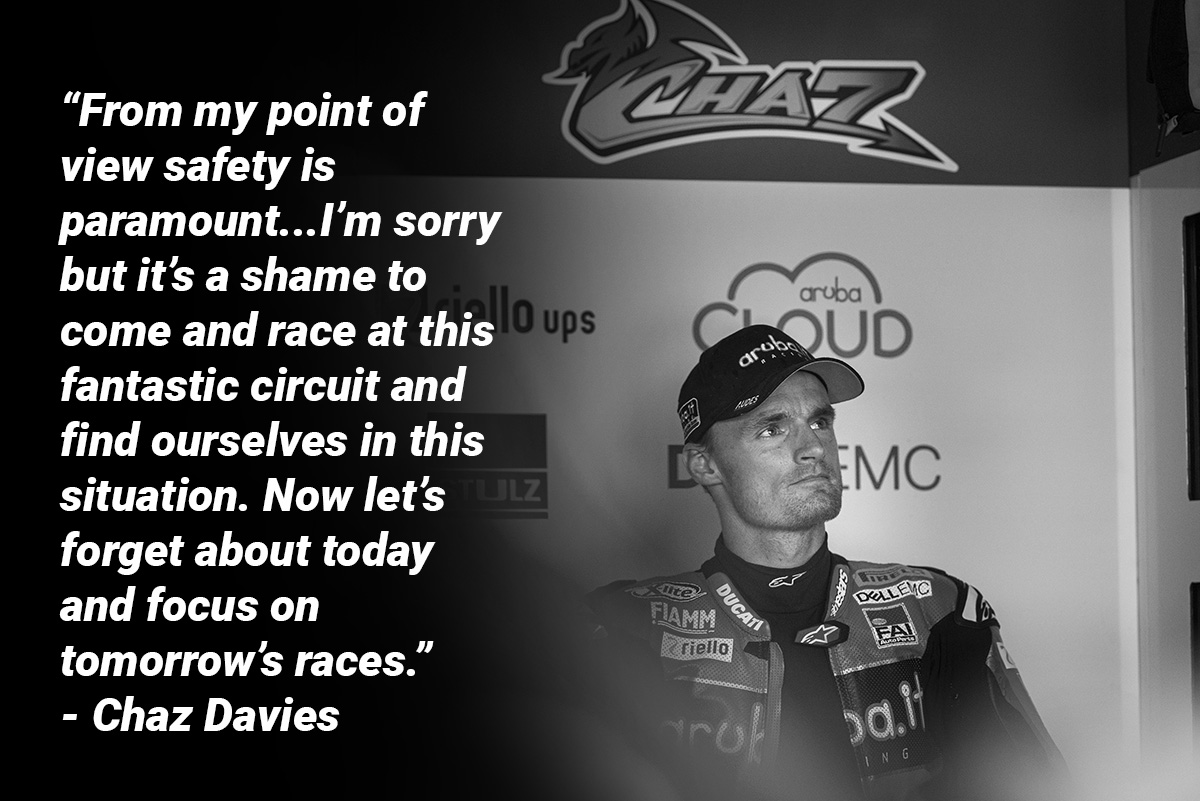 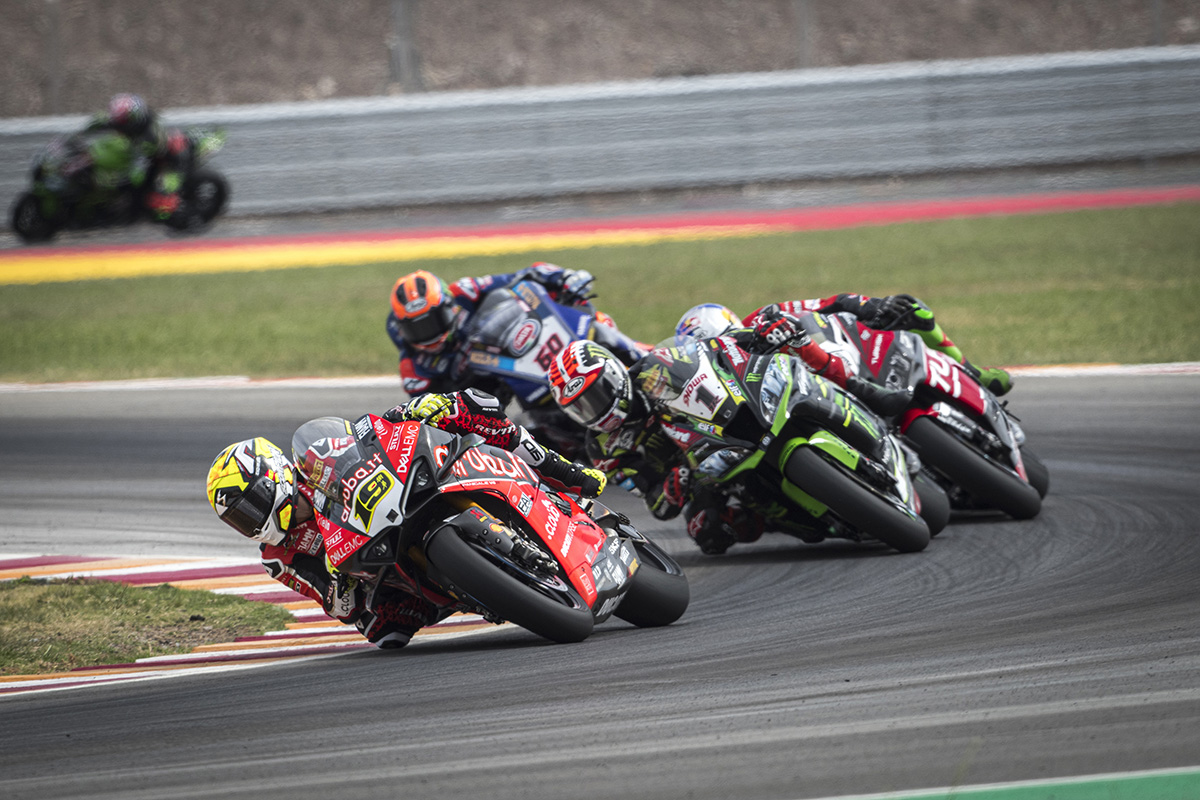 “Today I’m extremely happy to have won the race given the fact that I’ve never even seen this track before. We also picked up the Superpole so it’s been a perfect day. This morning luckily the track improved a lot over yesterday and the times came down by almost four seconds. The increase in temperature complicated the situation in Superpole, because the grip level dropped and it was difficult to do one fast lap. In the race the track remained insidious and I had to be much more careful than in other races. I tried only not to make mistakes and keep focussed especially in the initial scrap with Jonathan, with the intention of maintaining a constant pace. I want to thank all the team for their great work today, tomorrow we’ll try and keep this level.” – Alvaro Bautista 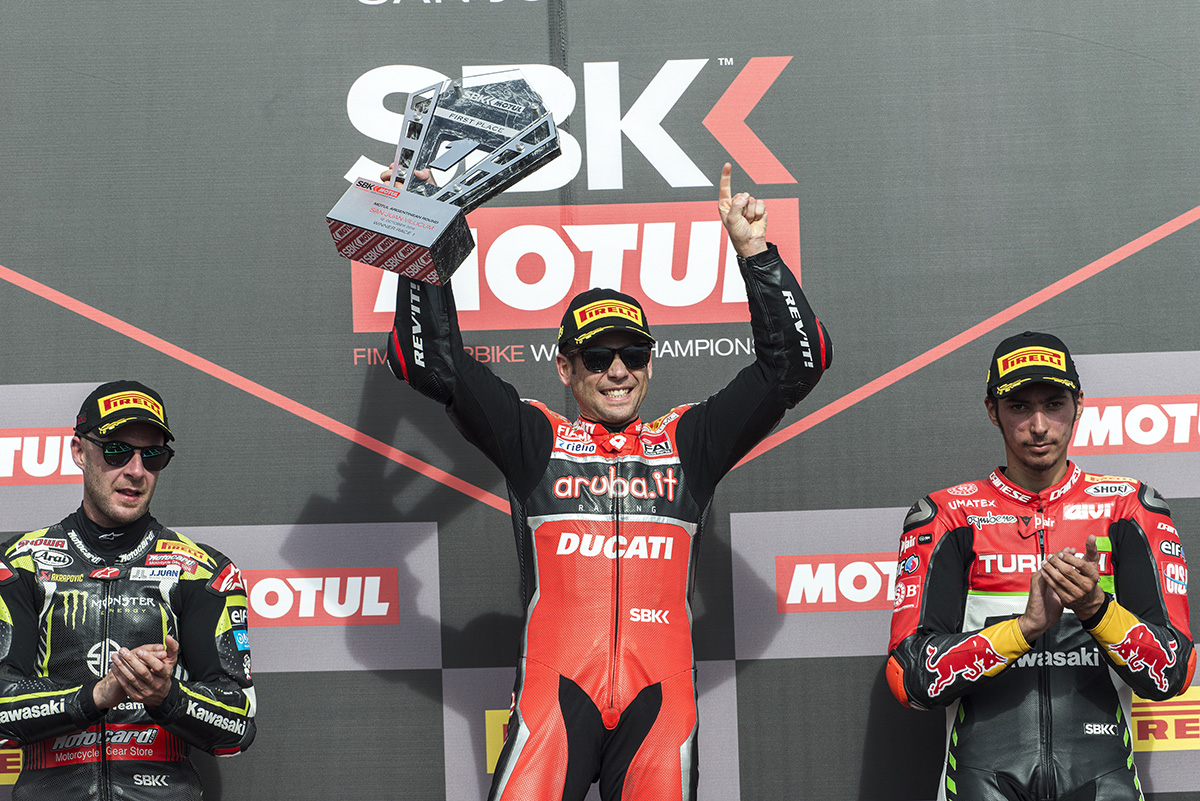 Day two thankfully brought with it cooler weather and an opportunity for both riders to participate in the days events. Chaz finished the Superpole in fourth, a couple of spots behind Alvaro who managed 2nd. Chaz was hemmed in by riders early on which hampered the Welshman’s efforts to dominate the race. Chaz pushed hard to work his way up the pack, manoeuvring his way in to 2nd, yet still 5 seconds of Rea; a valiant effort which notched up another podium position for rider and team. 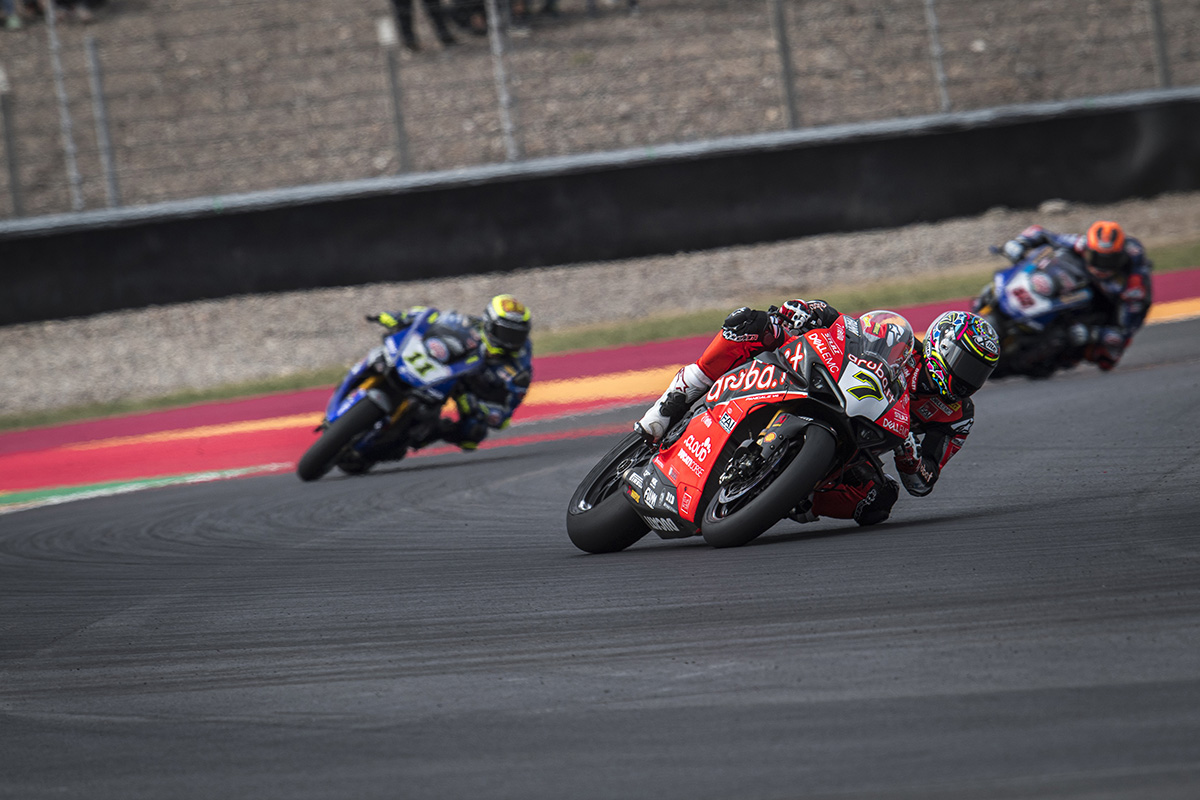 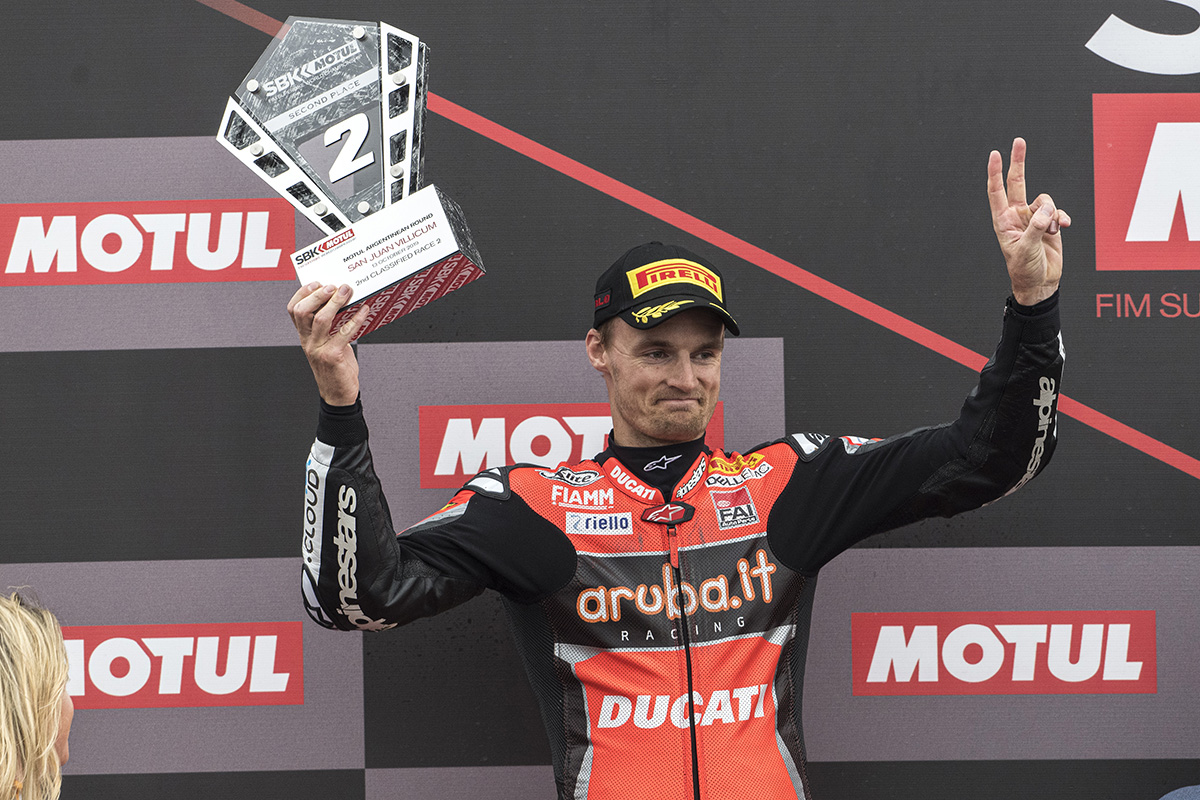 “It was a really good way to finish the weekend. This morning in the Superpole race I was able to finish in fourth place which put me on the second row of the grid for race 2. Unfortunately, in the second race I made a bad start and I was swamped by several riders at the first corner. I felt comfortable enough however and began to pick my way through the pack. When I got up to second place the gap to Jonathan was almost three seconds, and although I closed it down a bit, it was impossible to get any closer to him… Hopefully now we can go to Qatar and continue the momentum to finish the season strong.” – Chaz Davies

It's almost the end of the season but there is one more exciting race to enjoy before the proverbial fat lady sings. Teams will travel over 8500miles from Argentina to Qatar to test their metal at the Losail International Circuit: 24-26th Oct. 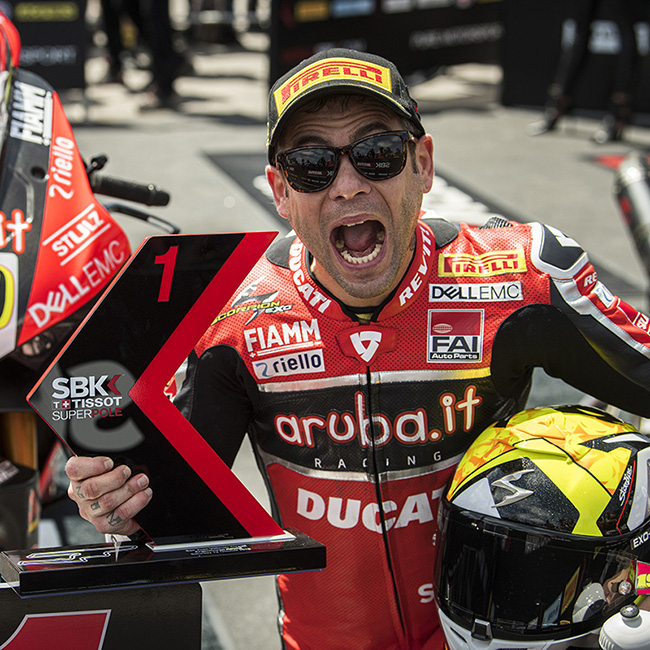