The fifth round of the championship has seen some highs and lows for FAI sponsored Aruba.it. The dynamic duo made up of Chaz Davies and Alvaro Bautista got off to a great start by pulling in some quick lap times in Fridays’ free practice session. 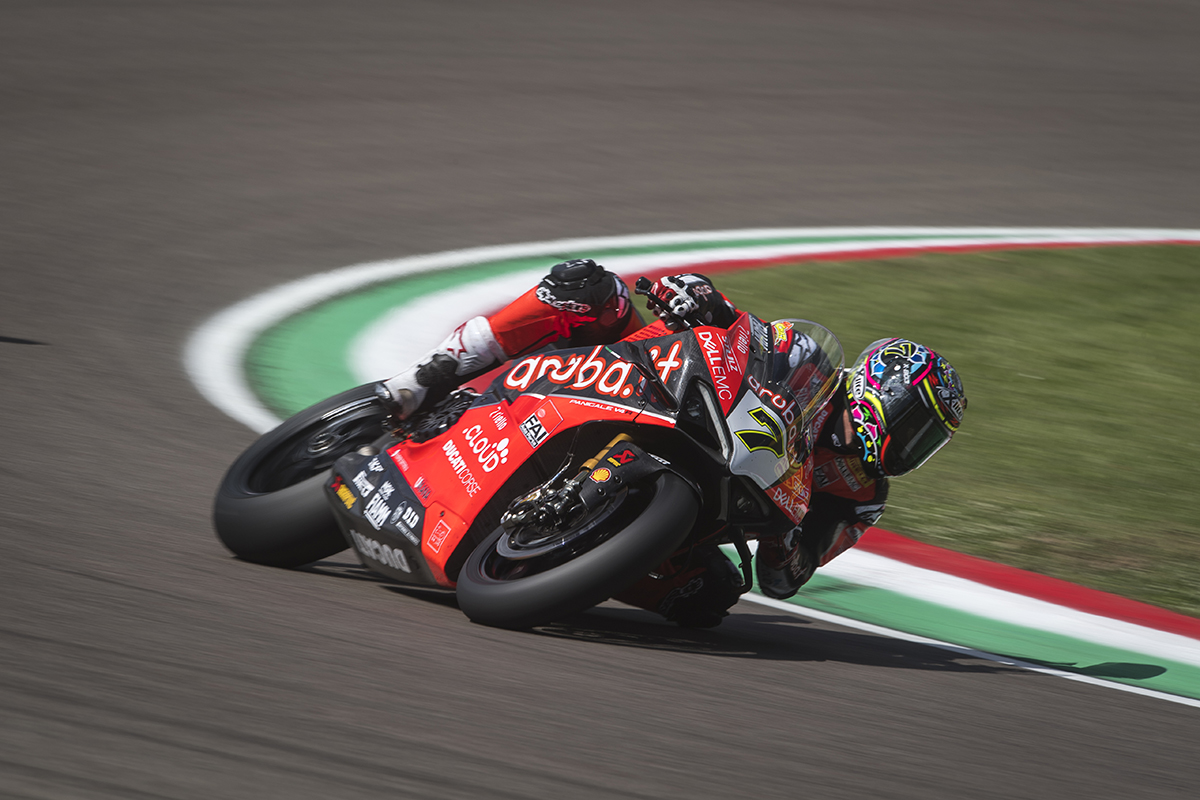 Chaz came second with an impressive set of times for the morning session which he bettered in the afternoon by four-tenths of a second. Bautista, despite not being as familiar with the northern Italian circuit got some essential practice and came a respectable 4th.

The Superpole held on Saturday continued the good feeling in both riders with Chaz and Alvaro taking 1st and 3rd; sitting either side of Rea who came 2nd. 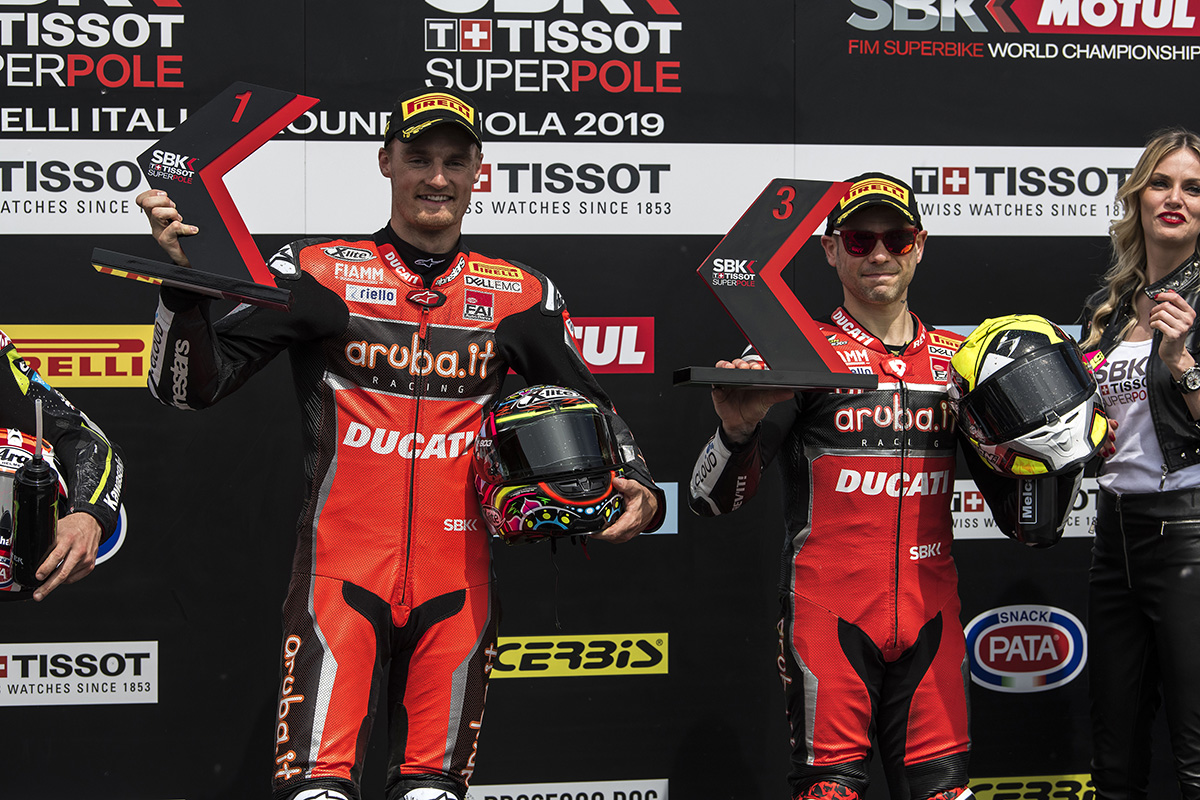 After such a positive start, the riders were gearing up for race one, where Bautista was lined up along with Chaz and Jonathan Rea on the front row. Once the race got underway the Spaniard chased the Kawasaki rider until the finish line but was unable to better a finishing place of 2nd; the first time this season he hasn’t taken the top spot. 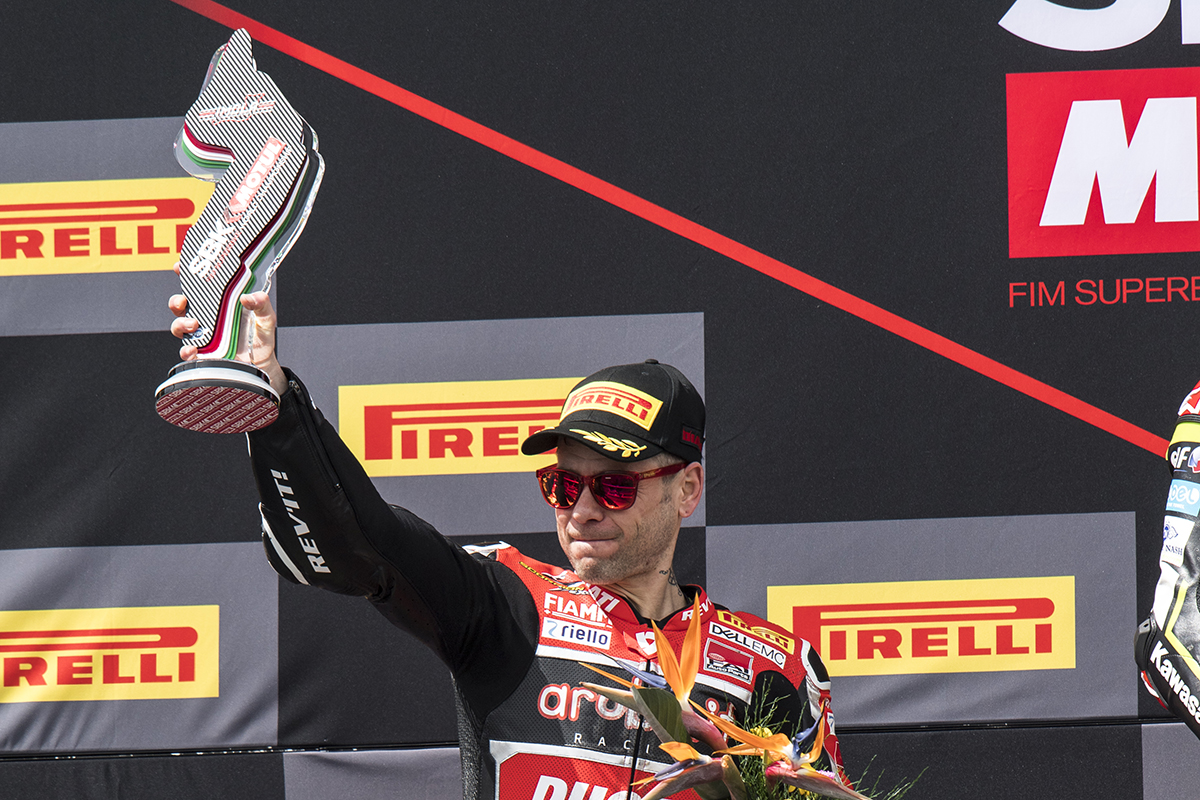 "For sure it hasn’t been easy to learn the track in just a few sessions, and in addition the race pace today was very high. At the start I tried to follow Jonathan but I struggled to keep his pace. Nevertheless, I’m happy because today we scored the best possible result” -Alvaro Bautista

Our hearts went out to Chaz, when early in the race he was clearly having difficulties with his Panigale V4 R. By turn four he had no choice but to admit defeat. 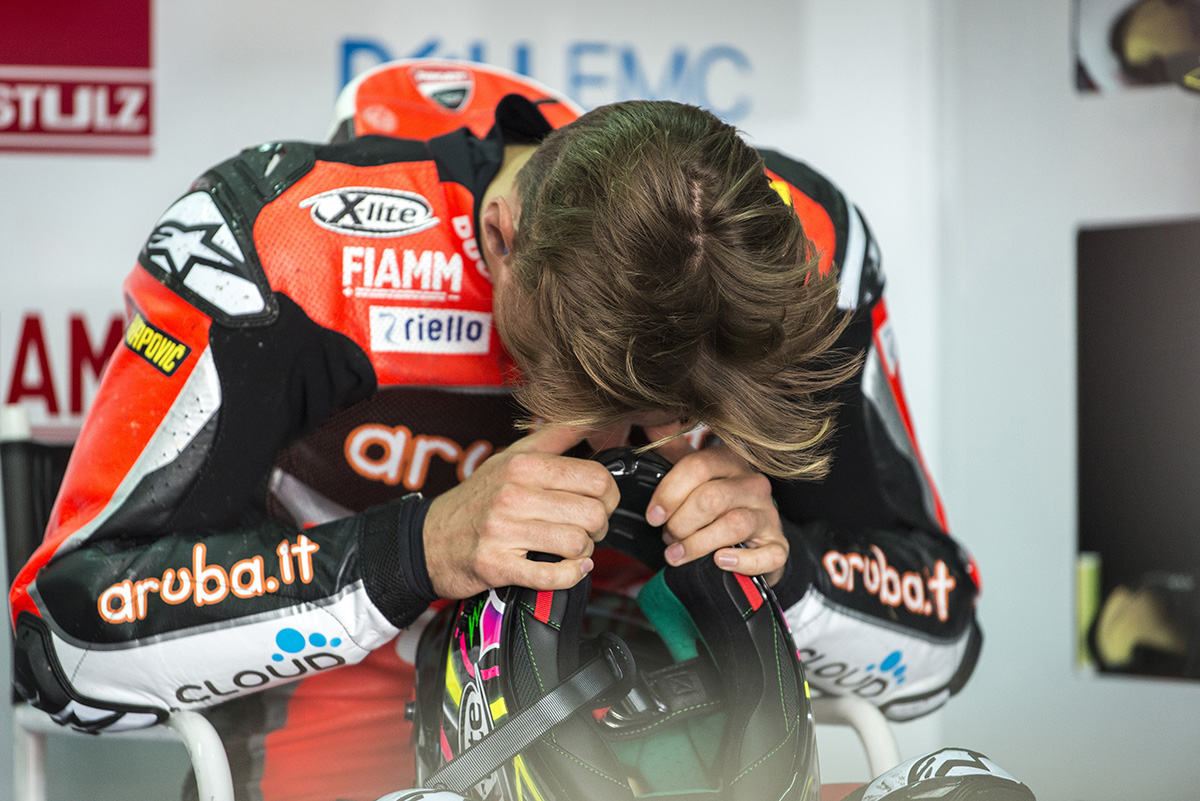 “I’m massively disappointed because I saw today as a big opportunity. I felt a big improvement with the bike from yesterday, the crew did a fantastic job and we made another step forward… It seemed like an electrical problem, because the bike lost power coming out of turn 4 and Johnny overtook me. It’s a pity, I’ll try and get a good result tomorrow but the weather doesn’t look so good.” – Chaz Davies

Sundays’ ten-lap Superpole saw another double podium for the Aruba team, with Chaz and Alvaro taking 2nd & 3rd respectively; both unable to catch Rea. During the race, Chaz darted from 3rd to 2nd, passing his teammate and in the process breaking yet another lap record.

Just after the Superpole, the heavens opened and deposited a large amount of rain over the track. Race officials sent riders around with a safety car before lining up on the grid, however, the decision was taken to cancel the race. A decision that was backed by the majority of riders. 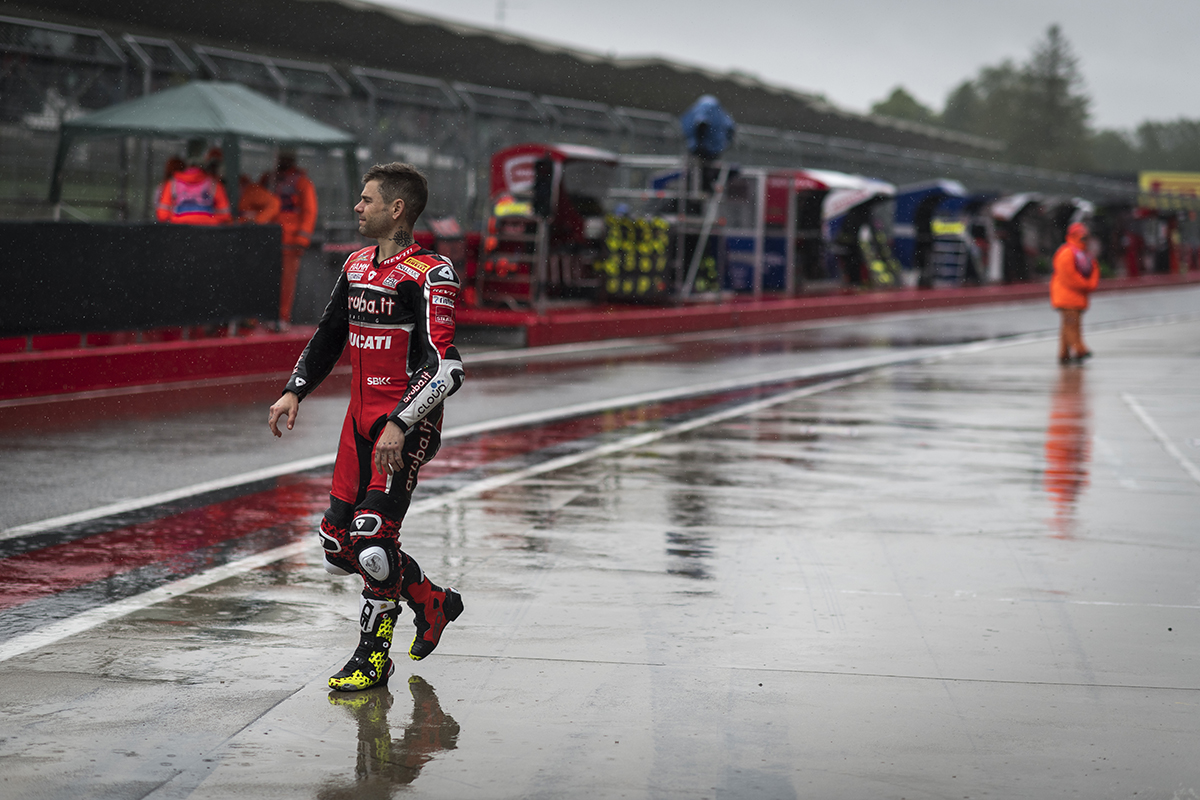 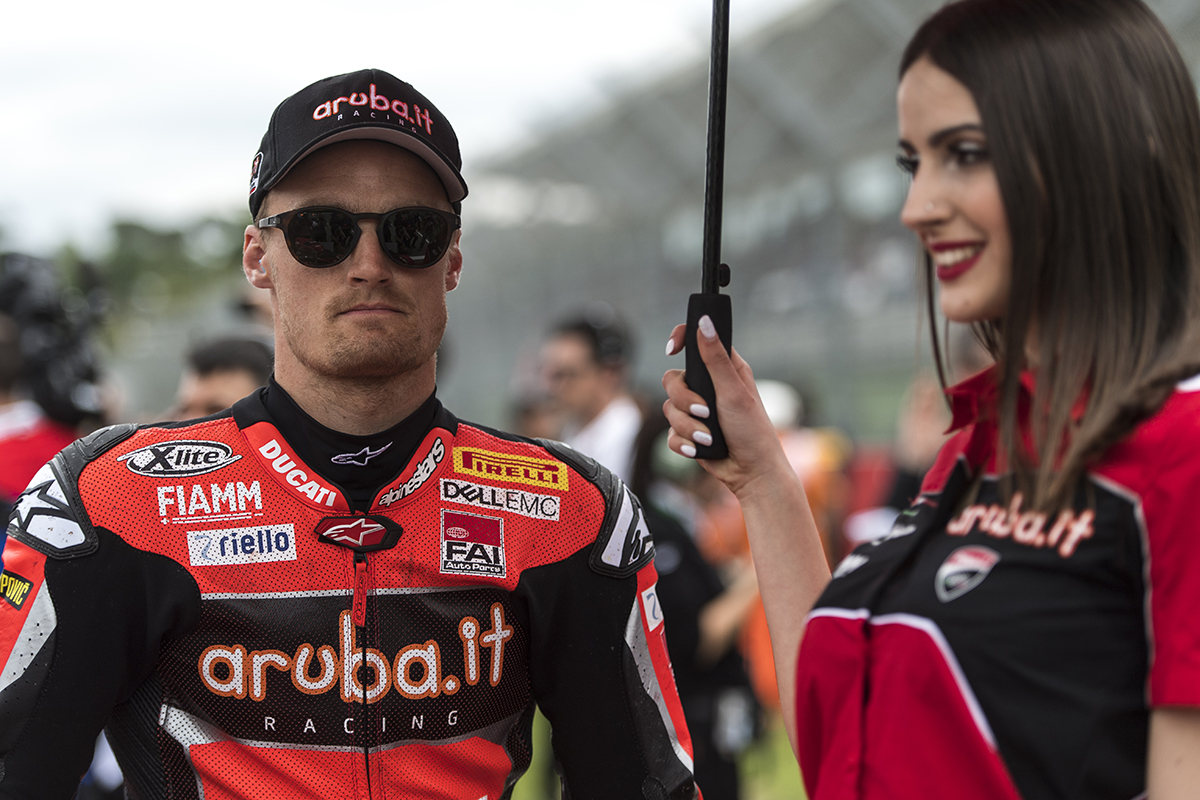 "It’s a bit of a shame we never got the chance to do race 2 here at Imola but unfortunately in the wet this track has quite a few limits. Imola is not a normal circuit, and with these ups and downs you get a lot of standing water especially in the corners and these conditions meant that they had to cancel today’s race. It was the right decision, but I’m sorry for all the fans who stayed here in the rain all afternoon just to see us race… I go home from Imola knowing that I’ve made a lot of progress in view of the next races." - Chaz Davies

The next bout isn’t for a few weeks yet, set for the 7-9th June. For round six we’re returning to Spain, this time to the southern track of Jerez; with just 7mm of rain on average for the time of year, we should be ok on that score! 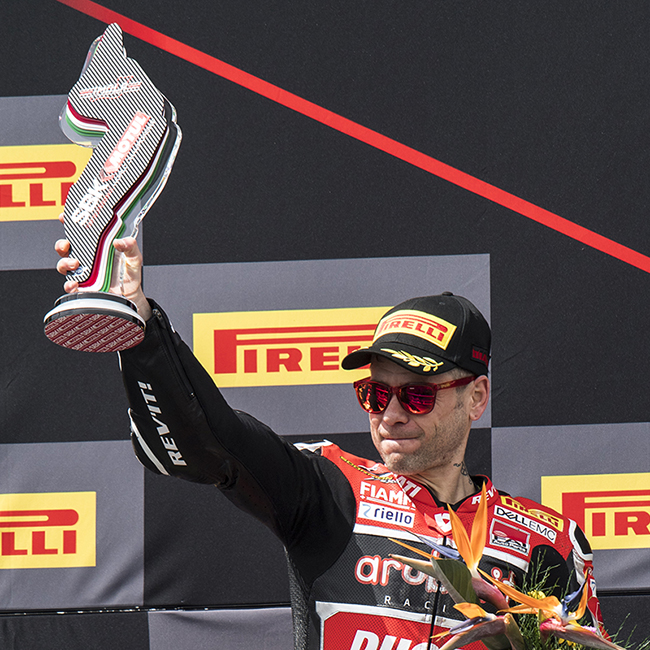