This year's May Day Bank Holiday has been moved to Friday 8th May to coincide with Victory in Europe Day, or VE Day, which marks the 75th anniversary of the formal end of World War II. We will be open as normal on Monday 4th May but will be closed on Friday 8th May, returning on Monday 11th May.

Victory in Europe Day, generally known as VE Day is a day celebrating the formal acceptance by the Allies of World War II of Nazi Germany’s unconditional surrender of its armed forces on 8 May 1945. Upon the defeat of Germany, celebrations erupted throughout the western world, especially in Great Britain and North America. More than one million people celebrated in the streets throughout Great Britain to mark the end of the European part of the war.

In London, crowds massed in Trafalgar Square and up the Mall to Buckingham Palace, where King George VI and Queen Elizabeth, accompanied by Prime Minister Winston Churchill, appeared on the balcony of the palace before the cheering crowds. Princess Elizabeth (the future Queen Elizabeth II) and her sister Princess Margaret were allowed to wander incognito among the crowds and take part in the celebrations.

Here at FAI, we are continuing to follow government guidelines in all aspects of COVID-19:

UK orders placed will now have a delivery window of 48 hours. Whilst we will try our utmost to work towards 24 hours, the reality now is an increased chance of your order arriving within the 48 hours. International orders remain unchanged.

We will update you if our current situation alters but, in the meantime, stay safe. 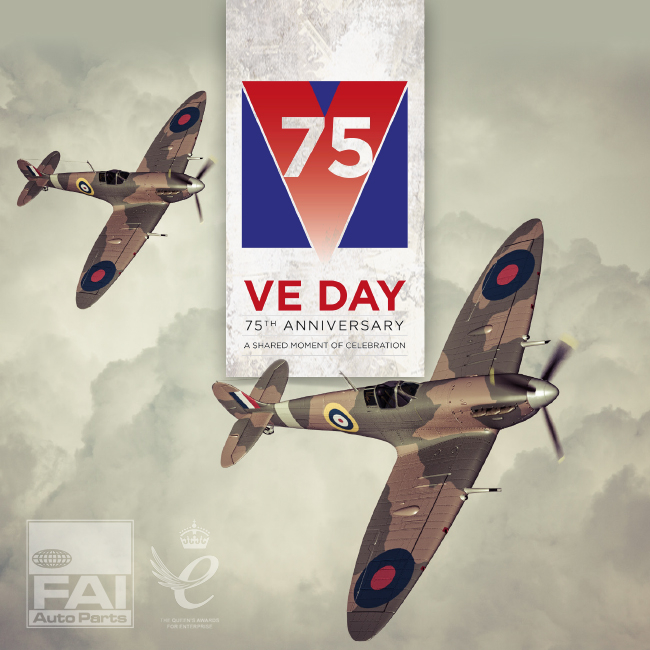