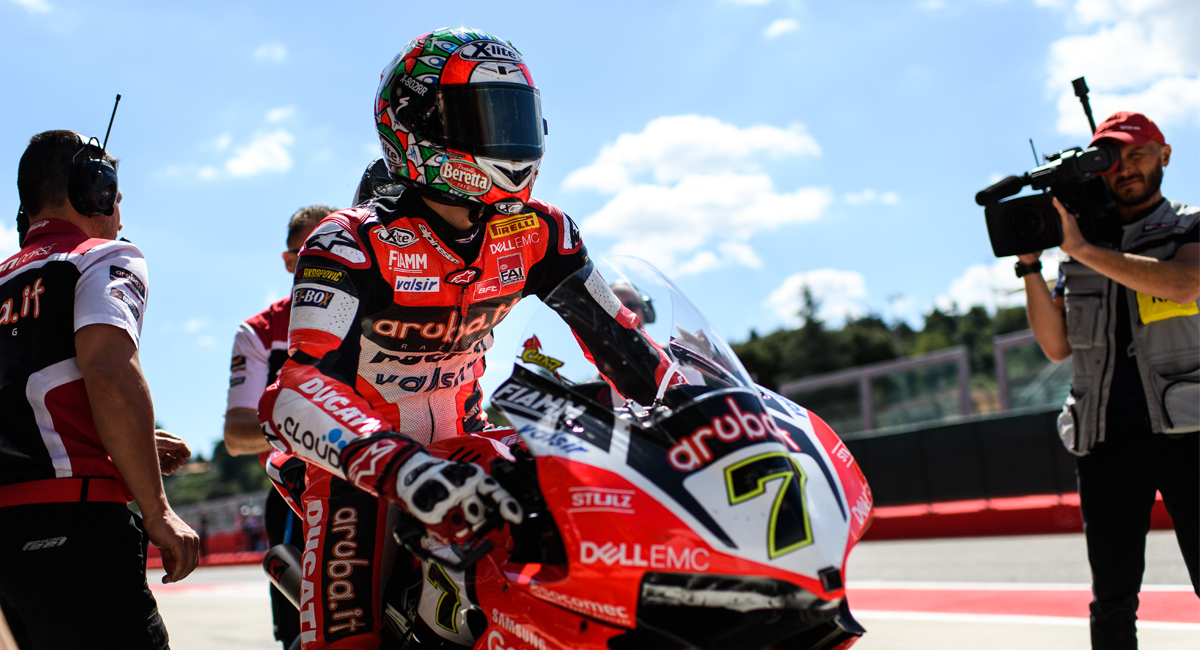 The Aruba.it Racing - Ducati team started its quest at Imola, home of the fifth round of the 2017 WorldSBK Championship, in a strong fashion, as Chaz Davies posted the best provisional time during Fridays free-practice sessions.

Second in the morning, Davies made a decisive step forward during FP2 to take about one second off his best times and improving the previous lap record (set by him in 2016) by almost half a second.

After showing its competitiveness during Fridays free-practice sessions, the Aruba.it Racing - Ducati team enjoyed a day to remember in front of its fans at Imola, home of the fifth round of the 2017 WorldSBK Championship. In Race 1, Chaz Davies once again proved to be the man to beat on the Italian track, winning (with a new circuit record) the third consecutive race at the Enzo and Dino Ferrari circuit after scoring a double in 2016. 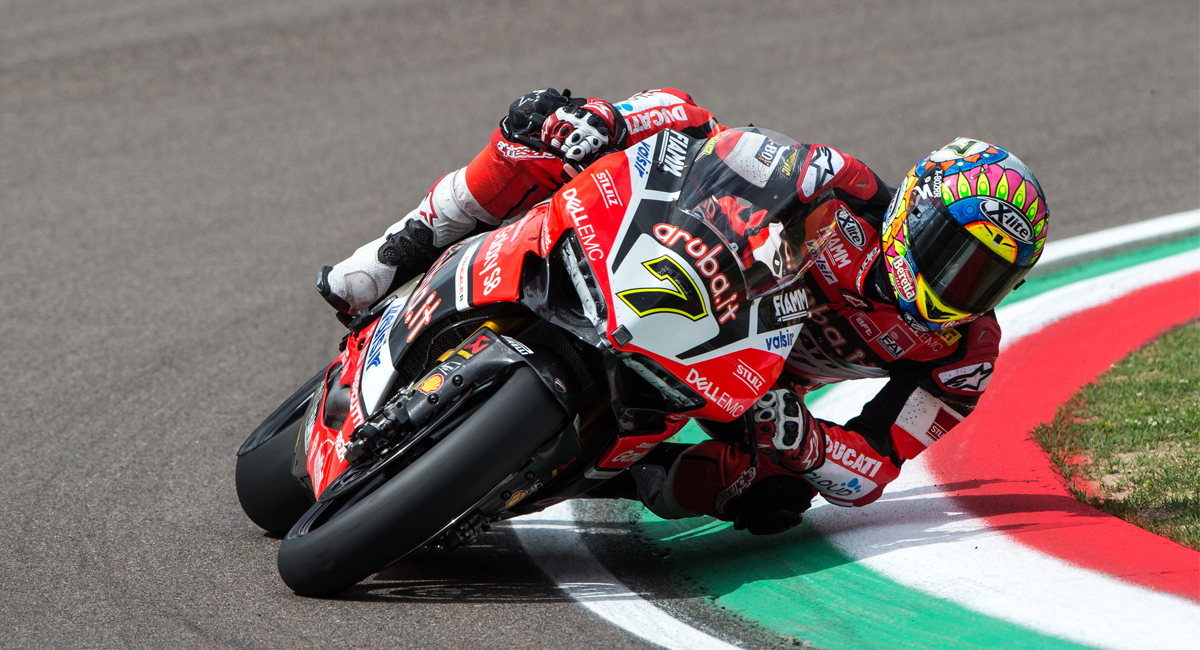 The Welshman, who secured pole position in the morning while showing an unmatched pace, never looked back after the start and finished with a seven-second advantage over his rivals when, with six laps to go, the race was red-flagged and eventually declared to be over with the results based on the positions from the previous lap.

After winning Race 1 in a dominant fashion, Chaz Davies did the double at Imola (Italy), granting the Aruba.it Racing - Ducati team its fourth success in a row at its "home race" in the WorldSBK Championship. The Welshman, who took pole position on Saturday, had to work his way up the field from ninth position today, based on the new grid regulations for Race 2.

Getting quickly off the blocks at the re-start - the red flags interrupted the race after only two laps - Davies took sixth position and progressively climbed his way up the ranks, closing the gap from provisional leader Sykes. The Welshman then took the lead on lap 8, and eventually pulled away to win with a four-second advantage on his rivals.

After five rounds, Davies (161 points) is second in the championship. The Aruba.it Racing - Ducati team will resume action for the sixth round of the 2017 WorldSBK Championship, scheduled for May 26-28 at Donington (U.K.). 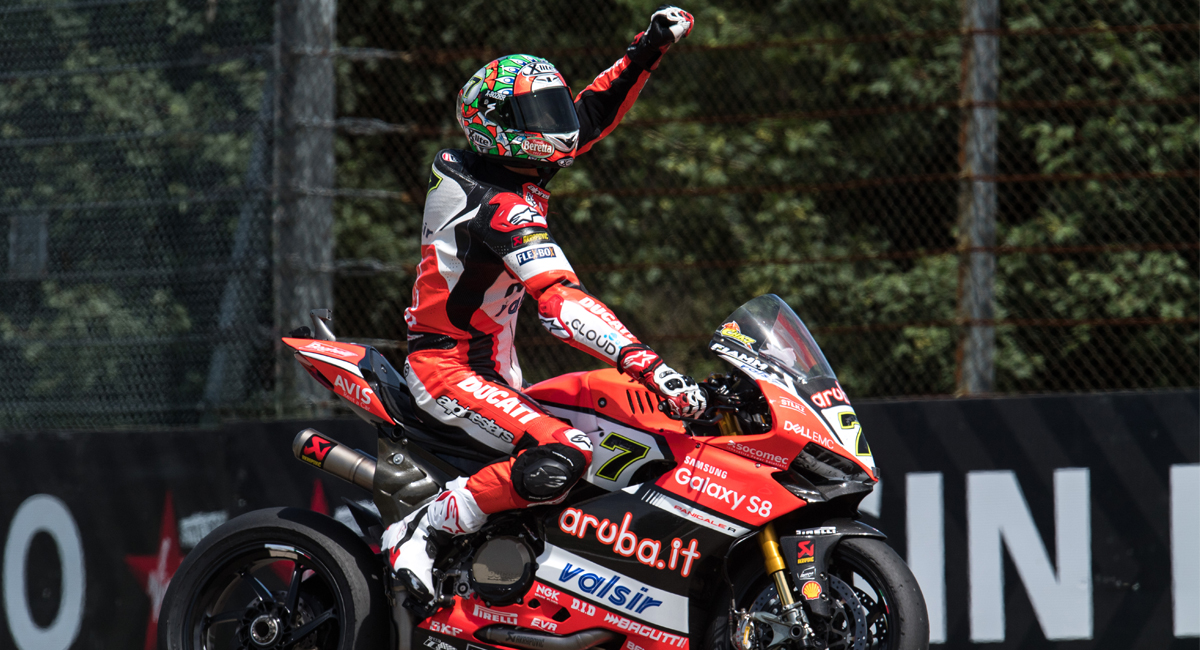 Chaz Davies (Aruba.it Racing - Ducati #7) - 1st had this to say about the weekends racing

What a weekend! For the first time this year, I feel we've been the benchmark from the beginning. We were able to find our rhythm on Friday, and it sort of snowballed from there. The team has done an awesome job, the bike worked superbly in both races, in different conditions, but today it was quite interesting. We got mixed up at the first start, but after the re-start we got a good launch and I was able to make some good moves that put us in a good position. Sykes' pace was strong, so I had to put my head down to hunt him and, once I caught him, I was able to set my own pace and that was good enough. Thanks to all the Italian fans for showing up this weekend, their push was something special. 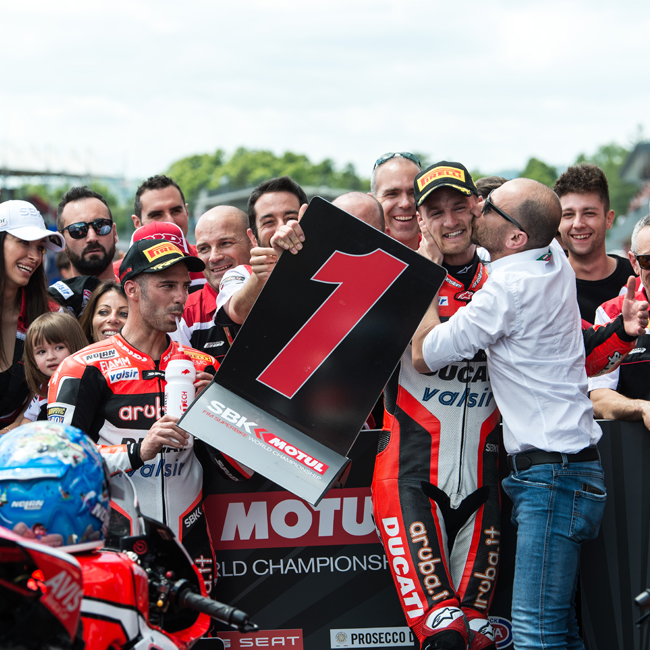